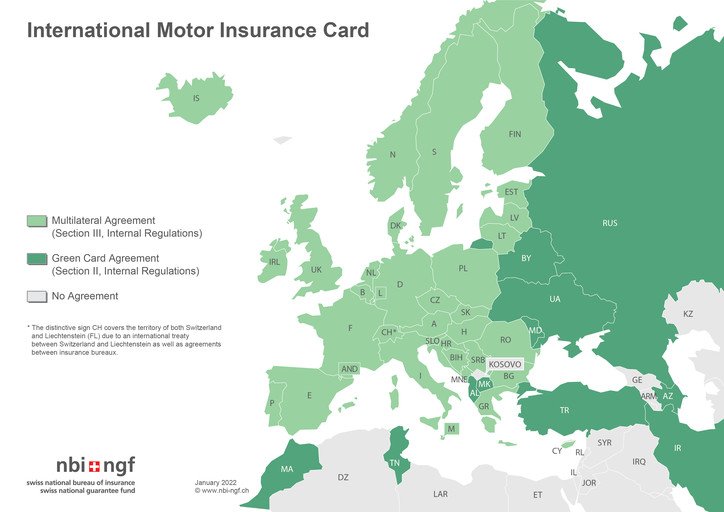 The Internal Regulations (IR) constitute a system of rules which are regulating the details of the cover and the settlement of claims between 46 national bureaux of insurance of the so called "Green Card System". This agreement has been adopted by the 2002 General Assembly of the Council of Bureaux (CoB). It replaced the agreements which where in force until then, namely the London Agreement and the Multilateral Guarantee Agreement, and combined their provisions into a new unique document. The Internal Regulations came in force 1st July 2003.

The Internal Regulations regulates both the relations between bureaux whose relations are based on the International Motor Insurance Card (former Green Card; section II IR) as well as the relations between bureaux whose relations depend on the existence of valid vehicle registration (section III IR). As a matter of fact, within the Green Card System, the system of sufficient insurance cover in the framework of international road traffic is ruled in two different manners.

A vehicule from a country, whose national insurance bureau is a signatory of the Multilateral Agreement, disposes of sufficient insurance cover for accidents caused on the territory of the visited country. However, the following requirements must be met. The vehicule must have a valid registration plate and the insurance bureau of the visited country must be a signatory of the Multilateral Agreement (see map above: countries in lime green).

On international road journeys between two countries whose national insurance bureaux are not signatories of the Multilateral Agreement, a valid International Motor Insurance Card must be carried along. This also applies when only one country is not a signatory of the before mentioned agreement. The Insurance Card proves sufficient cover for accidents caused on the territory of the visited country. It is emitted by the insurance bureau of the country of origin of the vehicle (cf. map above, dark green countries).